It is about Life and Death – A Reflection on Three Levels 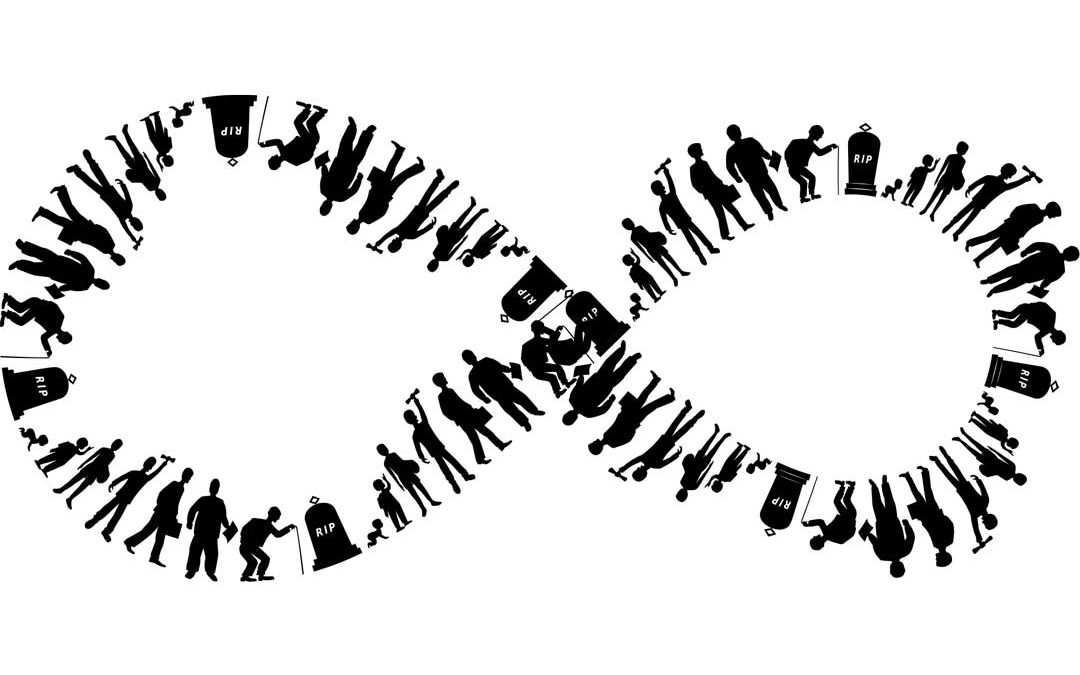 This headline was literally in several newspapers in the past few days.

I read and understand these words on three levels: firstly, in the way our politicians Laschet, Merkel, Spahn certainly mean them: “Dear compatriots, please take the crisis seriously, please. Already so many people are infected, many have died, look to Italy, others are dying and soon many more will die”. A voice on the second level comes up and says: “Friends! This is exactly what has driven us onto the streets the last months, us and many young and young-at-heart people all over the world! Many species have already died, others are threatened, what about the water, our air and our EARTH?” Then the third voice answers: “Dear fellow beings, don’t you know that it is always a matter of life and death! Just look around you, in the microcosm and macrocosm. The daffodil in front of you, in the garden or on the windowsill is already withering, yesterday it looked so full of light and power. How many of your relatives have already died? And you, you know that deep inside, every moment you live is a miracle, so it is always a matter of life and death, whether we like it or not. This is in itself difficult to realize, so there are spiritual, religious ways to deal with the circumstances and the sometimes enormous suffering in such a way that it is not increased by our behaviour. Most of the time we increase pain and suffering without noticing it. We increase suffering when we ignore our own and cover it up with all kinds of activities. But we also increase it when it affects others. I experienced myself really being sarcastical for a few minutes when I read this headline. I thought bitterly of the Syrians who had fled from a country that simply will not be left alone, and many others who had fled, including pregnant women, babies, small and large children. Could you politicians, you, Jens Spahn, or you, Angela Merkel, not at least have considered them in your speeches? Shortly before the outbreak of the pandemic, the photos on Europe’s external borders were predominant. From one day to the next they disappeared. But not the emergeny. What had happened? What had happened was that national self-interest came to the fore: the European, the German, that of one’s own city, one’s own family, one’s own body. In other words, what is typical of us humans. If there is pressure, need, privation, fear, we protect ourselves and our tribe. All of a sudden the tribe has become the size of the world very quickly: It includes China and Italy. That’s unusual, unless it’s about goods and money. What happened? They were and are worse off than we are. We are therefore trying everything to prevent things from becoming the same for us as they are for China, for Italy.

The sarcasm left as it came, after a short time. What remains is sadness and deep reflection. Yes, that is how we humans are. Here we can study what Buddha means when he tells us first of all: the house is on fire. And secondly: The house is burning everywhere. Thirdly, what to do, how to put out the fire?

The point is – and it is always said and claimed – that we are all in the same boat, in the same house. If only we could perceive it that way. Some live in the cellar, in the attic, in the summerhouse, in the sewers. That is the point. Do we perceive the invisible, too? Do we perceive that there are bigger and smaller apartments in the house, some without water? Do we perceive when a house is built on sand or on a strong rock? Do we perceive that the virus is there and that the politicians, who are of course wonderful people like us, also perceive that a life with the still threatening virus is a chance to awaken? Yes, that awakening is more likely if we are driven out of our comfort zone? Do we take our homeless into our hearts during meditations and prayer, do we cook for them, for one at least when we cook? Do we sign petitions and look for ways to get involved with the refugees, even if we are not allowed on the streets at the moment? We see how much money can be mobilised, how many stable, weatherproof tents can be erected, how many German holidaymakers can be flown back from far away regions. We see this, think it is right and beautiful, on the one hand. But we also think, disillusioned, that we have always thought so. The logistics are there to receive, distribute, medically examine and slowly integrate thousands of refugees into our societies, using pooled forces and resources.

People die every day, in Syria, Africa, Yemen; epidemics were and are still unbearable in the camps of this earth, on the ships that were not and are not allowed to dock.

Darwin sends his regards. The selection ramp. Sorry, I’m being sarcastic again. Too often I was in Auschwitz. I don’t know myself if and how I can preserve my humanity if I get the virus and fall seriously ill. Or my dear relatives and friends. But I hope so. I pray for it, every day. That I have as much compassion for the politician as for Will, the homeless, or the Rohingya, Dalits, Kurds …

…because we are them. I am her. May our house be built on rocks. For all beings.