Honoring Bernie Glassman roshi – died on Nov 4, 2018 or: Until the last name has been chanted 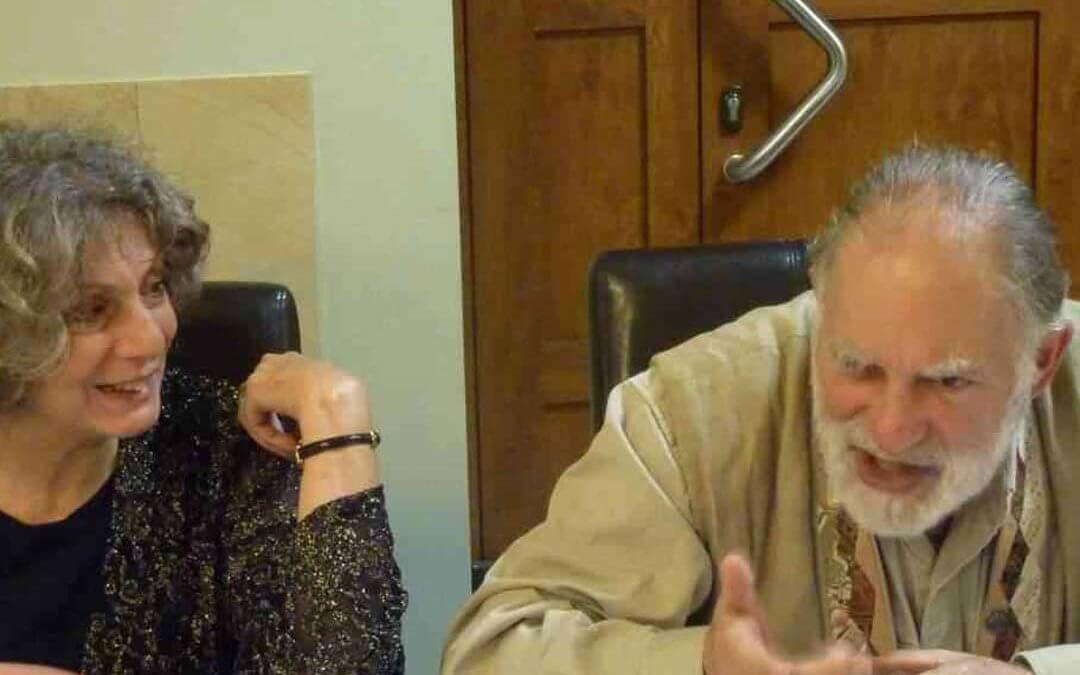 The closer that day comes the more I am thinking of him, the inventor of the Auschwitz-Bearing-Witness-Retreats. Probably it has been a co-creation with his Polish friend Andrzej Krajewski, his second wife Sandra Jishu Holmes and others. I have to write about him, because his book „Bearing Witness in Auschwitz“, translated into German and found in „Waldhaus-Center for Buddhist Studies“ in around 2006, was the beginning of an intense shift, a transformational process, which would not end and which has led me to another Jewish teacher, with whom I am studying and practicing now. „Now“ means, since the beginning of the pandemic, 2019. I am now seventy years old, and remembered vividly, that for my sixtieth birthday in April I had only wished financial contributions for the next bearing-witness-retreat in Auschwitz, which would be my third one, in 2012. I think, it went together with a council-training and the necessary fees, of which I attended three, in Krakow. I also learned to reserve some time before and perhaps after the retreat. That meant, of course, extra costs, which were not too high, at that time, in Poland.

After five years, from 2010-2014, five retreats and six to seven weeks in total in Poland, I considered Krakow one of the European cities very close to my heart. To travel East was nothing Germans would easily consider, except for the lovers of those countries, which where often and rightly loved for the low prices, simplicity of life and lifestyle, friendliness.

The essence of Krakow is, although the town is quite small, astonishingly urban with an amazing spiritual and cultural, mainly perhaps musical contribution. I loved the crowded and flower-painted churches, the first synagogues I set my feet, shyly, into. We ate kosher, on our first evening, when many of the retreatants had already arrived, which was mainly on Friday eve. (Monday, early in the morning, the retreat would start, or better, on Sunday afternoon. At this time, one would gather for the first time, in the hotel, where the staff and some dozens retreatants were lodged in a casual way: everybody would receive her or his name-tag and an info-package with liturgy, schedules, room-numbers for lodging in the „Center for Dialogue and Prayer“, and more.) Things will have changed, by time. The hotel in Krakow would change after Bernie’s death, in a calmer surreounding, the groups became smaller (in 2019 at least, it has been like that), the program will have been adapted to new circumstances. Does this say anything important about the retreat itself? No, of course not.

I am looking forward to organize one on my own, perhaps with a handful of people, and, if nobody will attend, I would do it on my own. To bear witness by writing: I love to do it in a group, passionate as I am as a group leader for more than thirty years.

Bernie said – and I found it striking – that „Auschwitz“ would of course be the place itself, but also a symbol

We learnt that love was also there! Everywhere where humans are together, there is also love. Generosity, sacrifice, mystery, faith…Faith was lost and faith was found or it grew.

Probably the best was and is the steadiness, the perseverance.

I pray that the retreat will be held until the last name of the name lists of Yad Vaschem has been chanted, memorized, until the last prostration was made in front of the sacred wooden box with all the lists of names, in the center of the big, sometimes huge circle of zen peacemakers, peacebuilders, retreatants, right on the selection site of Auschwitz-Birkenau.

As far as I know Bernie had committed to three other bigger projects with vision-character:

I so love these long-term projects for which we need a long and deep breath.

The three tenets are succinctly expressing those preconditions:

Bernie called them „The Three Tenets“.

Today I as an artist call them The Three Arts or The Three Practices.

The insight in the three arts called me to deepening Zen. Although it is good for nothing, I wonder, whether I would have got so well through the last three years of Covid-irritations, frights and fast changes without rigid zen practice and what was possible in lock-downs. I wonder how socially engaged Buddhism skills and practice as well as the daily – or in other ways regular – zen practice in the beautifully stable everydayzen-Sangha and our Bonn sitting group as well as, sometimes, my German sitting & writing-groups have shaped us and viceversa. They all, and I do not want to miss out rich and lovely Upaya-Zen-Center-offers, helped forming our experiences and responses to most disturbing and close war-actions as well as to most delightful phenomena, experiences, from different sources. Everything and every being would influence our responses, our actions, our lives.

Interfaith peace & love-work – EARTH & WATER & AIR well-included – is calling me, at the moment, preparing for the winter, in which some of us will suffer more than others, will die uncared for, in streets, camps, on flights, in containers, woods, waters. I hope to find so,e of them and be of support, bring some warm stuff, things needed, and maybe be more creative as we were thinking before. But at least, we can make space or be space for all the suffering and do not cease with practicing Tonglen. Sometimes, I found that the practice of Tonglen is the one we all trained in places of great dismay, even without knowing. We are ready to inhale what we see and hear, as we are ready to take it to heart, as we long for giving ourselves, the outbreath, now cleansed and transformed to the places and beings.

In solidarity for all walking and sitting now close to Auschwitz-Birkenau, transforming the cemetery into a sacred temple, which already was there, always, and continues to be.